To share your memory on the wall of Larry Higginbotham, sign in using one of the following options:

Provide comfort for the family of Larry Higginbotham with a meaningful gesture of sympathy.


Words cannot adequately begin to describe him. He was a business owner, a founding member of the West Jackson County Volunteer Fire Dept., a 4th degree member of the Knights of Columbus, an avid Civil War re-enactor with the 3rd Mississippi Infantry Regiment, he was a classic car collector, he loved to do wood working and could create works of beauty from seemingly scraps, he rarely met a stranger and yet he claimed to be immensely shy. He was a jokester and loved to laugh. He was truly a man of character and was a character. Mostly though he was a good man, the likes of which are rarely seen.

A memorial service will be held at an appropriate time later.
Read Less

There are no events scheduled. You can still show your support by sending flowers directly to the family, or planting a memorial tree in memory of Larry Emile Higginbotham.
Plant a Tree

We encourage you to share your most beloved memories of Larry here, so that the family and other loved ones can always see it. You can upload cherished photographs, or share your favorite stories, and can even comment on those shared by others.

Posted Apr 01, 2020 at 10:18pm
As long as I can remember I've always been the daughter you never had, and that you said you never wanted. I never believed the second part because you've loved me unconditionally no matter what. You will always be in my heart and will never be forgotten. Thank you for sharing yourself and your family with me and my family.
Comment Share
Share via: 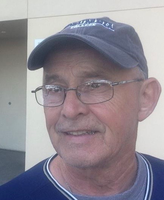 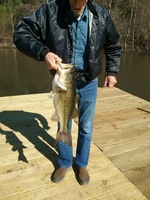