To share your memory on the wall of Marjorie White, sign in using one of the following options:

Provide comfort for the family of Marjorie White with a meaningful gesture of sympathy.

Print
Marjorie “Marge” A. White, 86, of Waveland, MS, passed away peacefully in her sleep on Tuesday, March 26, 2019 at the Dunbar Village Rehabilitation Center. She was a communicant of St. Clare Catholic Church in Waveland.

Mrs. White wa... Read More
Marjorie “Marge” A. White, 86, of Waveland, MS, passed away peacefully in her sleep on Tuesday, March 26, 2019 at the Dunbar Village Rehabilitation Center. She was a communicant of St. Clare Catholic Church in Waveland.

Mrs. White was born in 1932 to Gustave and Mary Marnett of Union, New Jersey. Marge graduated from Union High School in 1950 and married Mr. Edwin T. Temple (deceased) of Union, NJ. After Mr. Temple’s death Marge raised her sons with the help of their grandmother and worked at various jobs including telephone operator, banquet server and Tupperware representative. She even found time to coach the CYO girls’ basketball team and enjoyed driving vacations with her mother and children.

In 1978 Marge married Mr. Robert White of Springfield, NJ, owner of a number of bus companies in Newark, NJ. The couple resided in Springfield until Mr. White’s death in 1995. Mrs. White then moved to Greenbriar at Marlboro, NJ. While in Marlboro, Mrs. White enjoyed belonging to the Monmouth Seniors Hiking Club, Symphony Club and the Navesink Garden Club, and traveling with her children and grandchildren.

In 2013 Marge decided to move to Waveland, MS to live with her son, Jamie Temple, owner of the Buttercup on Second Street restaurant in Bay St. Louis. Mrs. White acclimated to life on the Gulf Coast quickly, and she could often be seen driving her baby blue Volkswagen Beetle around Waveland and Bay St. Louis. She was a member of the Over 50 Club of St. Clare, the Bay-Waveland Garden Club, and the Buttercup (Restaurant) Breakfast Club. An avid reader, she also loved movies, cruising, train travel and dining out with family and friends.

A mass celebrating her life will be held at a later date.
Read Less

There are no events scheduled. You can still show your support by sending flowers directly to the family, or planting a memorial tree in memory of Marjorie Ann White (Marnett).
Plant a Tree

We encourage you to share your most beloved memories of Marjorie here, so that the family and other loved ones can always see it. You can upload cherished photographs, or share your favorite stories, and can even comment on those shared by others.

Plant a Tree in Memory of Marjorie
Plant a tree 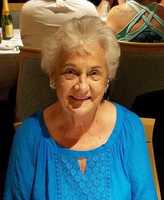