To share your memory on the wall of Steven McDaniel Jr., sign in using one of the following options:

Provide comfort for the family of Steven McDaniel Jr. with a meaningful gesture of sympathy.

Steven was loved by many and will be missed by all who knew him.
Read Less

We encourage you to share your most beloved memories of Steven here, so that the family and other loved ones can always see it. You can upload cherished photographs, or share your favorite stories, and can even comment on those shared by others.

Dad and Eda sent flowers to the family of Steven Wayne McDaniel Jr..
Show you care by sending flowers

Posted Aug 01, 2019 at 09:23pm
I love you Steve and will miss you dearly. Fly high brother and watch over us! Love ya bro! Derrick & Nikki
Comment Share
Share via:
DE 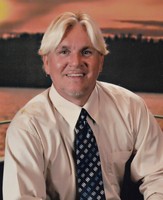