To share your memory on the wall of Jessie Hilton, sign in using one of the following options:

Provide comfort for the family of Jessie Hilton with a meaningful gesture of sympathy.

Print
Jessie Lynn Hilton went to be in the arms of her mother, father, and sister Tuesday, October 22nd, 2019.

Jessie was born in Biloxi, MS and was a lifelong resident. She is preceded in death by her parents, Johnny and Jessie Mae Necaise; ... Read More
Jessie Lynn Hilton went to be in the arms of her mother, father, and sister Tuesday, October 22nd, 2019.

Jessie was born in Biloxi, MS and was a lifelong resident. She is preceded in death by her parents, Johnny and Jessie Mae Necaise; and her sister, Irma Atkinson.

Visitation will be held on Wednesday, October 30th from 10:00 am until 12:00 noon at Southern MS Funeral Services Chapel with a service to follow. Interment to follow immediately.
Read Less

We encourage you to share your most beloved memories of Jessie here, so that the family and other loved ones can always see it. You can upload cherished photographs, or share your favorite stories, and can even comment on those shared by others.

Flowers were purchased for the family of Jessie Hilton. Send Flowers

Posted Oct 25, 2019 at 02:37pm
I have known Jessie since we were 6 years old growing up in Virginia City. We loved the fact that our birthdays were exactly the same. Our families were close for many years. I am sorry to say we lost the close connection as we got older. I will always remember the great days we had as kids growing up together. I am glad I got to see you a couple of years ago and was able to catch up in person and not just on the computer. I know you will be truly missed by so many.
Comment Share
Share via: 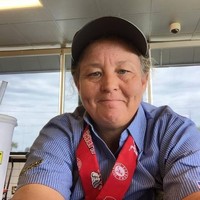