To share your memory on the wall of Monty Holden, sign in using one of the following options:

Provide comfort for the family of Monty Holden with a meaningful gesture of sympathy.

Monty was born on the 4th of July, 1953 and was a lifelong resident of Vancleave, MS. He graduated from Vancleave High School in 1971 and only missed 3 days of school in 12 years. He loved his Vancleave Bulldogs and bled Royal Blue and White. He worked at Ingalls Shipbuilding as a union steward and pipefitter and retired as a highly respected pipe general foreman after 42 years. He was vice president of Magnolia Hunting Club. He was an avid dog hunter and raised some of the best deer dogs ever turned loose in the Pascagoula River swamp and Ward Bayou. He was a buck hunter and never killed a doe in his 66 years. He enjoyed sitting around the kitchen table with his wife Susan, family, and friends while listening to music and drinking an ice-cold Miller Lite. He watched every episode of Bonanza fifteen times. He sometimes enjoyed a good fist fight. He wasn’t a world traveler. In fact he rarely left Jackson county. He wasn’t a dreamer of faraway places because he lived out his dream with his family and friends at Pine Island, on his houseboat, and on the oak ridges and muddy ponds in the Pascagoula River Swamp. He will be sorely missed and the lives of those of us who had the pleasure of knowing him will never be the same.

He was preceded in death by his parents, Bobby and Barbara Jane (Cole) Holden; and his brother, Victor Aaron ‘Ronch’ Holden.

We encourage you to share your most beloved memories of Monty here, so that the family and other loved ones can always see it. You can upload cherished photographs, or share your favorite stories, and can even comment on those shared by others.

Gordon sent flowers to the family of Monty Edward Holden.
Show you care by sending flowers

Posted Nov 12, 2019 at 08:57am
Monty was my nephew although he was 10 months older than me and I dont believe I ever heard him call me "Aunt Patsy" because we were more like best friends. We were best buddies and played every kind of ball made as we always had enough kids to have some rip roaring games in the lane at our old homeplace. Monty didnt travel but I did, so our adult years passed without a lot of connection, but the feeling of being best buddies never changed. I loved Monty and am comforted in knowing that he is in a very safe place now. I cant even imagine how much he will be missed. Rest easy sweet nephew!
Love you all,
Aunt Patsy
Comment Share
Share via:

Posted Nov 11, 2019 at 12:24pm
Joshua Holden Its really beautiful reading the outpouring of love for you Daddy and family. And knowing he will be returned to the swamp he so Loved... The one place you all have shared and loved for so long together. I have no doubt future stories will begin to surface of "Feeling an overwhelming presence of Peace, Love, and Protection wrapped around each one of you while in HIS Swamp. Praying for comfort and strength during your darkest days for every one of you" ~nancy ladnier

Posted Nov 10, 2019 at 05:20pm
Monty was my third cousin and we work together at Ingalls for 40 yrs.He was a good person and friend,he will be missed.May our Lord be with his family.God Rest his Soul.
Comment Share
Share via:
J 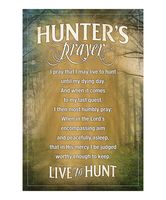 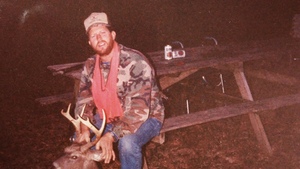 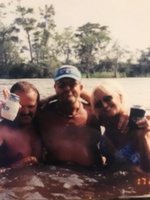