To share your memory on the wall of Robert Stewart, sign in using one of the following options:

Provide comfort for the family of Robert Stewart with a meaningful gesture of sympathy.

When he was 17 he enlisted in the Army Air Corps at the end of WWII and started his first 'great adventure.' He was very proud of his military service and the career and life he made. Among his travels in the military, he was in Jamaica, Panama, Korea, Tokyo, Morocco, and Naples, Italy, in addition to numerous military bases stateside.

Bob met the love of his life, his wife Peggy McTaggart from Grand Cayman, while in Jamaica. She called him her 'ever-lovin super daddy'. Peggy had nine siblings which Bob embraced as his own. They were married for 63 years until she passed away in 2013. They raised a family of 5 children.

After retiring from the Air Force as a MSGT, he started his next 'great adventure'. Bob did numerous jobs to support his family. He delivered newspapers and donuts, climbed pine trees to get green cones to sell to the forestry service, among other endeavors. He eventually returned to college, receiving an Associates in refrigeration and air conditioning and then opened his own word-of-mouth business, 'Mr. Cool.' He worked on refrigeration and AC units across the coast.

After closing his business, he became very passionate about planting fruit trees and gardening. He supplied family and friends with vegetables, figs, satsumas, muscadines, blueberries, persimmons, pears, kumquats, and lemon-quats. Bob was very mechanically and electronically inclined and could repair almost anything. He loved to collect junk or things people threw out and make them work again. Many in our family started out with washing machines, dryers, and refrigerators that he found and worked his magic on.
On Sundays, his children, grandchildren, and great grandchildren gathered at his home.

Pawpaw Cookie as the little ones called him, loved to share with them his cookies, Hershey kisses, and his knowledge and love for unusual animals, bugs, and plants, often having a live (or dead) animal on the dining table when they came in, a turtle in a box, a snake, a possum, a coon. We never knew what to expect. There was even goose poop there one day which looks like burnt cheese puffs for anyone who wants to know!

At 90 years of age he was still mowing his own yard, taking care of his fruit trees, and keeping his own house. He fed and took care of the various animals, tame and wild, that showed up on his back porch. He enjoyed going to Sicily's twice a week to see his 'special girls'. He loved playing pinochle with his daughters and daughter-in-law on Wednesday nights and loved to 'beat our butts.' He always said 'life is a great adventure.'

Bob didn't express his love in so many words but expressed his love by his actions. He leaves a big hole in our family and will be missed by many.

Visitation will be held for family and close friends on Friday November 29, 2019 at Southern MS Funeral Services from 9:30 am - 11:00 am. Service to begin at 11:00 am with interment to immediately follow at D'Iberville Memorial Park.
Read Less

We encourage you to share your most beloved memories of Robert here, so that the family and other loved ones can always see it. You can upload cherished photographs, or share your favorite stories, and can even comment on those shared by others.

Susan & Hucky Hucklenbroich and family and Mary and Dennis Buffington have sent flowers to the family of Robert Alexander Stewart.
Show you care by sending flowers

Susan & Hucky Hucklenbroich and family purchased the Vivid Recollections and planted a memorial tree for the family of Robert Stewart. Send Flowers

Posted Nov 27, 2019 at 11:34am
Our thoughts and prayers are with you. He will be missed. The Buffington Family

Posted Nov 26, 2019 at 06:03pm
Let me see Uncle Bob, what you mean to me, I guess it started in 🇯🇲 Jamaica, on an Island in the Caribbean Sea, ,I was brought to Jamaica to be with all of you!! Aunt Mary, Uncle Redd,
Aunt Peggy and you. Of course Mom was there and my new Dad too. Dad said you and Aunt Peg babysat me for a dime to go to the movies!! I loved when you’d come to visit when we were in Georgia, you and that smile you always had with that tongue stuck out, your mascot I suppose!! Until we meet again on that rainbow bridge on high, Rest In Peace , I love you . Your niece Kerrita.💔❤️😢
Comment Share
Share via:
HS

Posted Nov 26, 2019 at 03:13pm
Love and prayers from Claude and Nettie Bodden Pete and Lana Thibodeaux

Flowers were purchased for the family of Robert Stewart. Send Flowers 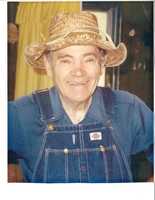