To share your memory on the wall of Billy Justice, sign in using one of the following options:

Provide comfort for the family of Billy Justice with a meaningful gesture of sympathy.

Print
Billy Jack Justice passed on March 1, 2020. He was born in Louisiana on November 15, 1949 to Seron and Elsie Mae Justice.

He was a loving husband, father, grandfather and great grand father. He was a kindhearted and down to earth perso... Read More
Billy Jack Justice passed on March 1, 2020. He was born in Louisiana on November 15, 1949 to Seron and Elsie Mae Justice.

He was a loving husband, father, grandfather and great grand father. He was a kindhearted and down to earth person who worked very hard to make sure everything was done correctly. He supported his family with all he could and even built on to his own home. He was one of the best carpenters on the coast. He loved working with his hands and enjoyed building model vehicles and trinkets. He always drove a Ford or Chevrolet truck because they were his favorite. He enjoyed fishing and hunting. Later in life he started growing his own garden.

He is preceded in death by a grandson, Tommy Breland.

He was loved greatly and will be missed tremendously.
Read Less

There are no events scheduled. You can still show your support by sending flowers directly to the family, or planting a memorial tree in memory of Billy Jack Justice.
Plant a Tree

We encourage you to share your most beloved memories of Billy here, so that the family and other loved ones can always see it. You can upload cherished photographs, or share your favorite stories, and can even comment on those shared by others.

Plant a Tree in Memory of Billy
Plant a tree 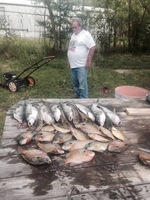 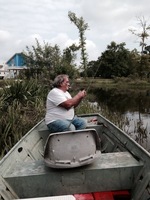