To share your memory on the wall of William Thiroux, sign in using one of the following options:

Print
William Albert Thiroux (pronounced T-Roo), 85, known to everyone as Billy, Captain Billy, or just T-Roo, passed away on February 9, 2020.

He was a commercial fisherman for over 70 years in Biloxi and Ocean Springs. His life on the wate... Read More
William Albert Thiroux (pronounced T-Roo), 85, known to everyone as Billy, Captain Billy, or just T-Roo, passed away on February 9, 2020.

He was a commercial fisherman for over 70 years in Biloxi and Ocean Springs. His life on the water began as a young boy working summers on a shrimp boat with his father. He later joined the Navy and served on an aircraft carrier in California. When he returned home, he bought a shrimp boat and called it the "Lady Jan" after the love of his life, Janet.

Billy's love of the coastal waters and fishing showed in everything he did. If he wasn't on the water, he was talking about it. He shared his love and knowledge of the water with anyone who would listen and often took family, friends, and curious visitors aboard to enjoy the experience first hand. His legacy will be his contributions to the history of the seafood industry along the Gulf Coast. He was often sought out for his knowledge of the industry and featured in news articles, videos, documentaries, and studies along the Mississippi Gulf Coast throughout his career. He and his boat were commissioned by the Gulf Coast Research Laboratory, in partnership with USM, to study the crabbing and soft-shelling industry along the coast over the course of many years.

In 2014, Billy was inducted into the Inaugural Class of the Maritime & Seafood Industry's Museum Heritage Hall of Fame where his story is featured in an exhibit at the museum in Biloxi. Other stories featuring Billy can be found in the archives at the Gulflive newspaper, USM Center for Oral History and Cultural Heritage, and Mississippi Moments Podcast.

Billy was preceded in death by his parents, Louis and Katherine Thiroux; a son, William Jr.; and his brothers, Bobby, Jerry, and Rodney.

To send flowers to the family or plant a tree in memory of William Albert Thiroux, please visit our Heartfelt Sympathies Store.

We encourage you to share your most beloved memories of William here, so that the family and other loved ones can always see it. You can upload cherished photographs, or share your favorite stories, and can even comment on those shared by others.

Eric and Mary Beth Gillespie, and Rich and Kristen, Randall, Mel, Sam, and Jack, and others have sent flowers to the family of William Albert Thiroux.
Show you care by sending flowers

Eric and Mary Beth Gillespie, and Rich and Kristen

Eric and Mary Beth Gillespie, and Rich and Kristen purchased the Sweet Tranquility Basket for the family of William Thiroux. Send Flowers

Flowers were purchased for the family of William Thiroux. Send Flowers

Posted Feb 12, 2020 at 11:39am
Memories at your home on July 4th with our kids swimming in the pool. Your Birthday. Me talking to Billy about anything. Remember his sweet smile and the gentle person he was. I remember as a little girl your wedding reception. Love Joyce Ann Skinner
Comment Share
Share via:
EW 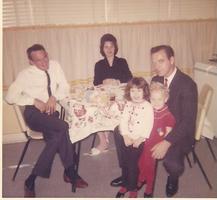 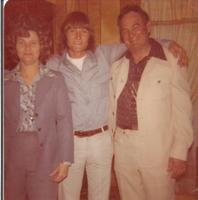