To share your memory on the wall of Charles Haas, sign in using one of the following options:

Charlie is survived by his mom Wanda Jeanne Thompson Haas and Jim Erwin; his sister and brother in law Tamara and Randy Canoy; his nieces: Krista Canoy-Krueger and David, Allie Canoy Illies and Matt, Randi-Kate Canoy
Suhr and Brad; his great niece Jordan Lea Krueger; his girlfriend Karen Balog and their dog Duece as well as many aunts, uncles and cousins.

He is preceded in death by his father Charles Clement Haas., his aunts Violet Kingbury and Joyce Haas, his uncles Gene Hansen and Steven Thompson as well as his grandparents, Harold and Ruth Thompson, Viola Haas Mount, Floyd Mount and Leo J. Haas
Read Less

There are no events scheduled. You can still show your support by sending flowers directly to the family, or planting a memorial tree in memory of Charles Scott Haas.
Plant a Tree

We encourage you to share your most beloved memories of Charles here, so that the family and other loved ones can always see it. You can upload cherished photographs, or share your favorite stories, and can even comment on those shared by others.

3 trees were planted in the memory of Charles Haas

Posted Sep 20, 2020 at 03:12pm
“Little” Charlie was always special and will be missed by his beloved Mom and Sister as well as so many others: Blessed be his memory! 🙏🙏❤️❤️❤️
Comment Share
Share via:
LS

Posted Sep 19, 2020 at 07:39am
Such a beautiful Tribute of The Life of Charlie.
I didn’t know Charlie well but I know he was a Kind Gentle Soul ❤️
My heart felt sympathy for all of you, his family .
I love you all 🙏🙏🙏❤️❤️❤️
Comment Share
Share via:
JS

Posted Sep 18, 2020 at 11:01am
Uncle Charlie taught my sisters so many fun and goofy things, ill always remember spit ball fights, spud guns, present guessing by sniffing licking and shaking the presents and all the other fun memories we shared. We will miss him greatly.
Comment Share
Share via: 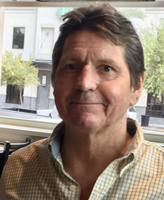