To share your memory on the wall of Christopher Holbrook, sign in using one of the following options:

Chris was preceded in death by his mother, Norma Lee Whitten Holbrook; his maternal grandparents (Little Maw-Maw) Mary Lee, Beryl, and Norman; his paternal grandparents, (Big Maw-Maw) Dona Lee, T.O., and James; his uncles, Harold, David, Charles, and Andy; and his cousin David. Left to cherish his memories are: his son Justin Holliman of
Denver, Colorado, his unborn grandchild due in February 2021; his daddy, Avron (Pee-Wee) Holbrook; his brother, Scott Holbrook, both of Lizana; his aunts, Cheryl Lizana, who he claimed as his sister, and Berylyn Marie; Uncles Kenneth Whitten, Mike & Bruce Holbrook along with many other aunts, cousins, and extended family and friends. A private family memorial will be celebrated on a later date.

Please keep Justin, Pee-Wee, & Scott in your thoughts and prayers during this difficult time, as well as in the days ahead.
Read Less

There are no events scheduled. You can still show your support by sending flowers directly to the family, or planting a memorial tree in memory of Christopher Guy Holbrook.
Plant a Tree

We encourage you to share your most beloved memories of Christopher here, so that the family and other loved ones can always see it. You can upload cherished photographs, or share your favorite stories, and can even comment on those shared by others.

Plant a Tree in Memory of Christopher
Plant a tree 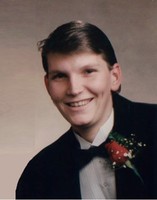