To share your memory on the wall of Christine Nixon, sign in using one of the following options:

Christine was born in San Pedro, California, to Bill and Carol Kuhn but had been a resident of the Mississippi Gulf Coast since 1979. Her family moved to Ocean Springs from New Orleans, Louisiana. She graduated from Ocean Springs High School in 1984 and worked in various capacities all along the MS Gulf Coast. She left a lasting impression through the joy and kindness she brought to those around her. She was a loving wife, doting daughter, caring sister, proud mother, and great grandmother. She is survived by her husband, Bill Dasher, and her two children; Stacy Hutchens, Jr. residing on the MS Gulf Coast, and Brittany Kuhn, along with grandson Frankie Fontoura, residing in Ipswich, England. She is also survived by her father, Bill Kuhn, of Vancleave, MS along with her two siblings; Caryl Kuhn Sigur of Slidell, LA and Billy Kuhn of Biloxi, MS as well as seven nieces and nephews and their children.

Christine was known for her eclectic style and sense of family. She was extremely creative in the latter half of her life, found a love of gardening and landscaping at her home. She had a style all her own, one that will not be forgotten.

Celebrations of her life will be held on Wednesday, June 16, 2021 from 6-8 p.m. at the Woodlife Lodge, 8500 Plymouth Road, Ocean Springs, MS 39564. Any flowers sent for the service will be donated to local nursing homes and hospitals after the service.

Southern Mississippi Funeral Services of Ocean Springs will be handling the services on behalf of the family of Christine Dasher.
Read Less

There are no events scheduled. You can still show your support by sending flowers directly to the family, or planting a memorial tree in memory of Christine Marie Nixon (Kuhn).
Plant a Tree

We encourage you to share your most beloved memories of Christine here, so that the family and other loved ones can always see it. You can upload cherished photographs, or share your favorite stories, and can even comment on those shared by others.

Posted Jun 14, 2021 at 11:20pm
Lots of memories with my sweet niece. We will miss you Christine! Bill, Caryl and Billy, you are in our thoughts and prayers

3 trees were planted in the memory of Christine Nixon 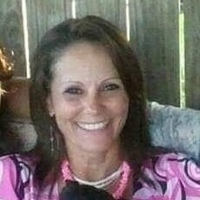