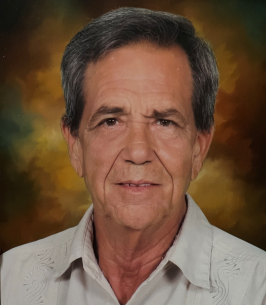 Robert Garth "Bob" Fayard, born July 14, 1956, passed away peacefully at home on July 4, 2022, with his loving wife by his side. Bob endured a lengthy battle with a rare and progressive neurological disease.

Born on July 14, 1956, in Biloxi, MS to Michael Garth and Myrna "Peggy" Barnes Fayard. Bob was born into a military family and had a rich experience living in many different states and several countries. He graduated from North Syracuse High School, New York in 1974. After graduation, he moved back to Biloxi where he continued his education and was employed by Ingalls Shipbuilding. Bob then began his career as an electrician for Mississippi Power Company (Plant Watson), retiring with 36 years of service. Bob also retired with 20 years of dedicated service in the U.S. Navy Reserve as an Electrician's Mae 1st Class.

Bob married the love of his life, Tammy Cannette on December 4, 1977, at Sacred Heart Catholic Church in D'Iberville, MS and celebrated 44 years of marriage. They raised 2 beautiful daughters, Alisha Paige and Darby Elizabeth and are blessed with 3 grandchildren. Bob was an avid reader, who also enjoyed photography, model building, painting, and music. Bob took pleasure in travelling with Tammy and loved to spend time with their children and grandchildren.

A Mass of Christian Burial will be celebrated at 11:00 A.M., Wednesday, July 13, 2022 at St. Mary Catholic Church located in Woolmarket, MS, with visitation for family and friends to begin at 9:00 A.M.

Interment will follow at the Biloxi National Cemetery with a reception afterwards at St. Mary's Murray Hall.

In lieu of flowers, the family requests donations to be made to either CurePSP at 1216 Broadway, 2nd Floor, New York, New York 10001, or online: "psp.org/iwanttohelp/ways-to-give/"

The family gives special thanks to Cannon Hospice and all of Bob's caregivers for their dedication and service.