To share your memory on the wall of Paul Brady, sign in using one of the following options:

Provide comfort for the family of Paul Brady with a meaningful gesture of sympathy.

He was a dedicated employee of Dupont for 38 years, where he was a Commissioning Maintenance Technician.

Paul Brady was a one of a kind man who will be sadly missed and always remembered by so many.

Memorial service to be held at The Great Southern Club in Gulfport, MS on Saturday, June 15th, 2019 from 12:00pm-3;00pm. In lieu of flowers please make memorial contributions to ABTA.ORG to support research and cure Glioblastoma (GBM).
Read Less

To send flowers to the family or plant a tree in memory of Paul Shannon Brady, please visit our Heartfelt Sympathies Store.

We encourage you to share your most beloved memories of Paul here, so that the family and other loved ones can always see it. You can upload cherished photographs, or share your favorite stories, and can even comment on those shared by others.

Posted Jun 08, 2019 at 05:00pm
I am so sorry to hear about the passing away of Shannon. I have known him and Liz many years. Liz and I became friends when our kids were young. Please know that our Heavenly Father Jehovah God cares for you and he feels your pain and he wants to comfort you in this difficult time. 2 Corinthians 1:3,4. He has promised the time when our love ones that have fallen asleep in death will be resurrected. John 5:28,29. Soon the enemy death will be done away with. Revelation 21:3,4. I hope your memories of Shannon can also help you cope in this difficult time and days ahead. Please visit jw.org for more information about how to cope with your grief.
Comment Share
Share via:
JH

Posted Jun 07, 2019 at 10:24am
To family and friends. I am so very sorry for the passing of Paul Brady, it is always hard to lose someone special. It may be comforting to know that our God Jehovah is also saddened by death and even Jesus gave way to tears at John 11:33,35. Another comforting thought is to know the future of such ones. Isaiah 26:19 tells us about the promise our God has made to us to resurrect our loved ones from death. I hope this has brought you even the slightest comfort, please know that Jehovah the God of all comfort will always be there comforting you through trials (2 Corinthians 1:3,4). If you are interested in more bible based comfort this is a good article: https://jw.org/en/publications/magazines/g201407/tragedy-loss-loved-one/ 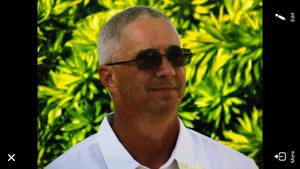 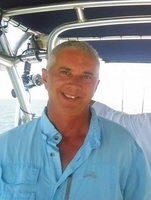