To share your memory on the wall of Angela Penfield, sign in using one of the following options:

Provide comfort for the family of Angela Penfield with a meaningful gesture of sympathy.

Print
Angela Ruth Penfield, age 56, of D’Iberville, MS, passed away after an illness of short duration on Friday, July 26, 2019 with family and a longtime friend at her bedside.

Angela was born in 1963 in Blytheville, Arkansas, joining her m... Read More
Angela Ruth Penfield, age 56, of D’Iberville, MS, passed away after an illness of short duration on Friday, July 26, 2019 with family and a longtime friend at her bedside.

Angela was educated in schools at Clark AFB, Philippines, Dover, DE, Wichita, KS and Gulfport, MS. She graduated from Harrison Central High School and Mississippi Gulf Coast Community College in Gulfport and from the University of Texas in Arlington, TX with a degree in Accounting. Angela was a licensed CPA and worked in accounting throughout her career.

Family members who have predeceased Angela include her father, Lt. Col. Richard Penfield, USAF (Ret.), her sister Laurie Little and her maternal and paternal grandparents.

Funeral services will be held at a later date. Donations may be made in Angela's memory to Gulfport Memorial Hospital in support of its ICU services
Read Less

We encourage you to share your most beloved memories of Angela here, so that the family and other loved ones can always see it. You can upload cherished photographs, or share your favorite stories, and can even comment on those shared by others. 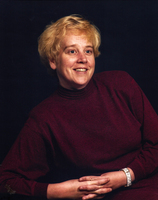