To share your memory on the wall of Clarence Jordan, sign in using one of the following options:

Provide comfort for the family of Clarence Jordan with a meaningful gesture of sympathy.

Clarence enlisted in the Army National Guard in 1965 and was honorably
discharged in 1972. He loved spending his time fishing, hunting and spending
quality time with his family.

Clarence married the love of his life, Vickie on October 9, 1965. Together
they had two beautiful children, Dawn and Eddie.

Clarence was preceeded in death by his parents, Clarence and Marie Jordan,
his son Clarence "Eddie" Jordan III, his granddaugher Jessica Jordan and
brothers in law Mike Schumacher, Ronnie Iachino, and Jeff Holland.

On behalf of the entire family we would like to thank the staff of Notre
Dame Hospice especially his nurse, Christine Wallace and his aide Kendra
Wilkerson for the care and compassion shown to Clarence and his family.
In lieu of flowers the family requests that donations be made in his honor to
Notre Dame Hospice.

Services will be held on Saturday, August 3rd at Sacred Heart Catholic Church, Lemoyne Blvd., Biloxi, MS. Visitation will be from 9am-11am with a mass of Christian burial to follow at 11am.
Read Less

We encourage you to share your most beloved memories of Clarence here, so that the family and other loved ones can always see it. You can upload cherished photographs, or share your favorite stories, and can even comment on those shared by others.

The Bentons sent flowers to the family of Clarence Edward Jordan Jr..
Show you care by sending flowers

Posted Aug 02, 2019 at 01:11pm
Please accept our most heartfelt sympathies for your loss... Our thoughts are with you and your family during this difficult time.

The Bentons purchased the Love's Tapestry for the family of Clarence Jordan. Send Flowers

Posted Jul 31, 2019 at 11:01pm
Vickie and family...please accept my deepest condolences at the passing of Clarence. There are no words to ease the pain of your loss but may you find comfort knowing that he is at peace in the Father's loving arms. God bless all of you.
Comment Share
Share via:

Posted Jul 31, 2019 at 05:13pm
We are saddened to hear about the passing of Jr. He was a great man . Our families were so very close when the children were growing up. We spent alot of Sunday afternoons at the Jordan household. Our Love and Prayers are going out to Vicki, Dawn, Jeanette and Dale and all grands also . May God keep you all in his loving grace . RIP Clarene ( Jr. ) .😇🙏🙏🙏😥💔😘
Comment Share
Share via:
TJ 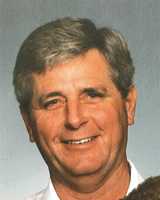