To share your memory on the wall of Dennis Johnson, sign in using one of the following options:

Provide comfort for the family of Dennis Johnson with a meaningful gesture of sympathy.

Print
Dennis James Johnson, 75, of Ocean Springs, MS passed away on Sunday, April 19, 2020 at his home. He was born to Harold and Eleanore (Christensen) Johnson on March 17, 1945 in Viborg, SD in Turner County.

Dennis went to country school in... Read More
Dennis James Johnson, 75, of Ocean Springs, MS passed away on Sunday, April 19, 2020 at his home. He was born to Harold and Eleanore (Christensen) Johnson on March 17, 1945 in Viborg, SD in Turner County.

Dennis went to country school in the areas of Parker, SD, Garretson, SD, Sherman, SD, Worthington, MN and finished his school years in Luverne, MN. He graduated from Luverne High School in 1963. He was confirmed at Zion Lutheran Church in Luverne, MN.

He married Carol Severson on August 29, 1965. They later divorced. This union was blessed with 3 children; David, Catherine, and Peter. He was a devoted truck driver for 45 years, aka “Green Turtle Express” and was very good at what he did. He was very proud of his children, grandchildren, and great-grandchildren. He retired in 2015 at his home in Ocean Springs, MS.

He was preceded in death by his parents Harold and Eleanore Johnson; and also brothers, Merlyn Johnson and David Johnson.

There will be a celebration of life at a later date.
Read Less

There are no events scheduled. You can still show your support by sending flowers directly to the family, or planting a memorial tree in memory of Dennis James Johnson.
Plant a Tree

We encourage you to share your most beloved memories of Dennis here, so that the family and other loved ones can always see it. You can upload cherished photographs, or share your favorite stories, and can even comment on those shared by others.

Plant a Tree in Memory of Dennis
Plant a tree 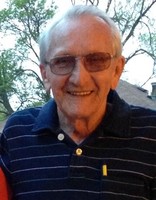